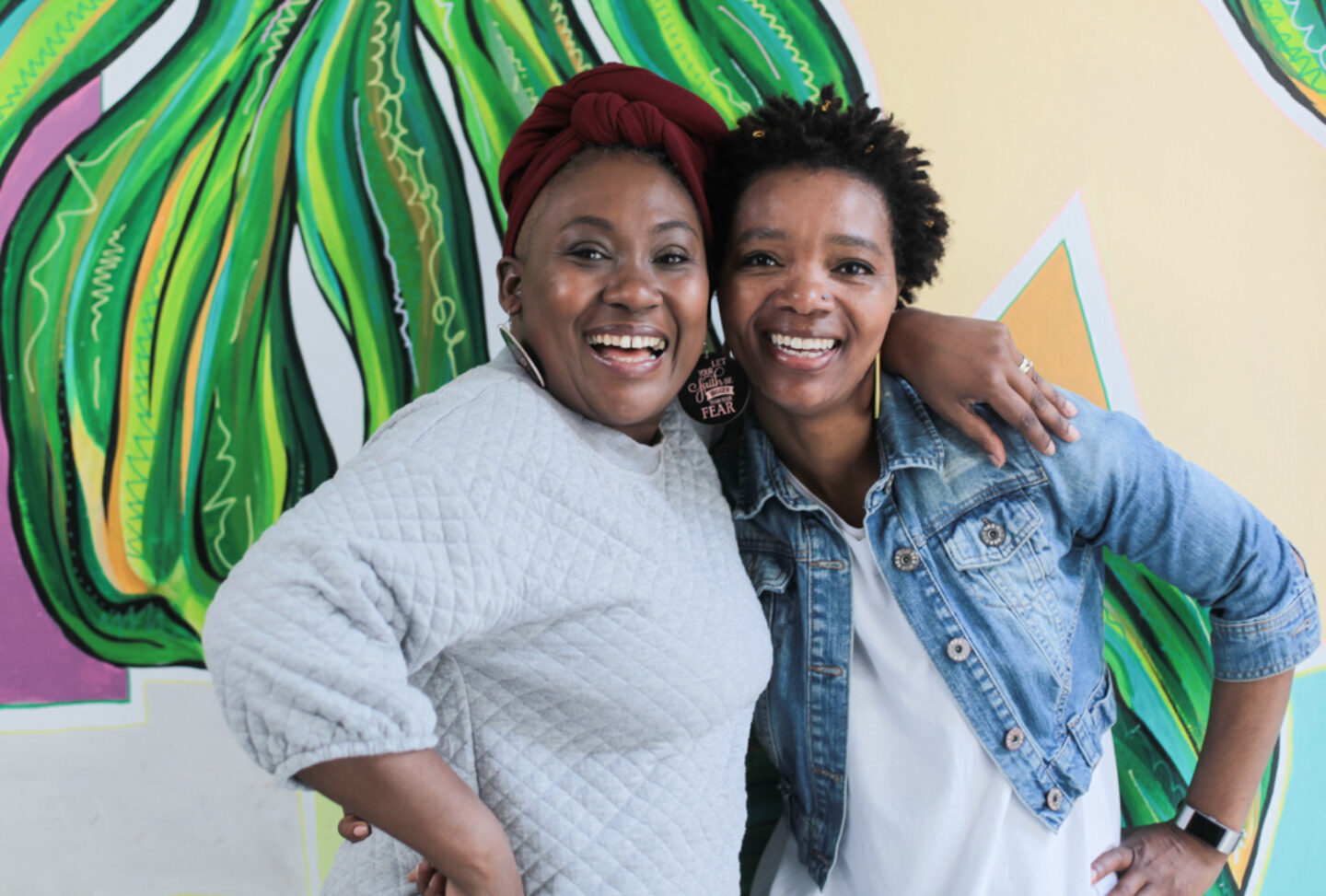 NAC co-commissioned show Mama Afrika premieres here on Tuesday 14 June. “The Norwich Arts Centre is where we always start our shows. Since I came to this country the managers have really supported my work.” Anna Mudeka

Hi Anna and Tonia! What is the play Mama Afrika all about?

Anna: The play is about Mama Afrika: Miriam Makeba. She was a singer from South Africa and this year would have been her 90th birthday. So really, it’s paying homage and celebrating her music, but also paying homage to an iconic political figure.

Why did you choose this particular story to tell?

Anna: It’s been a part of a five year programme to celebrate women of Africa that perhaps might have not been heard. It is really to give voice to the African woman. And she did have a voice, but it’s almost like the younger generation don’t know who she was and what she stood for. So it’s about inspiring the young generation as well, who seem to be on a movement to challenge how things were done in the past. It really feels like that at the moment.

How long has it been in the making and how did you get the project up and running?

Anna: It has been in the making for thirteen years. So that’s a long time. I first started thinking about the idea when Miriam Makeba passed away in 2008. I tried it and I wasn’t ready, I just wasn’t ready. It was too much of a big name to take, and I wanted to do it justice. I’m glad I waited, I’ve ended up with one of the finest directors in the UK, she is incredible. The time is right now.

We’ve got a team of 17 professionals who are really good at their work. NAC have commissioned this play, the second play they’ve commissioned. The arts council are really starting to welcome different visions that people have got. This is my 2nd application to them in 25 years. There’s always been this fear of rejection you know? I think they’ve really changed the way they listen to artists. I’m just really grateful that these changes are happening.

And what is your connection to us here at NAC?

Anna: The Norwich Arts Centre is where we always start our shows. I don’t know if you remember one of the previous NAC managers Pam Reekie? As a teenager arriving from Zimbabwe she was the first manager I met at NAC and she gave me the space to run workshops and perform and the relationship has stayed the same. Long may it last!

Where will the show be going next?

Anna: After Norwich it’s going to Sheringham and then Birmingham at the MAC, Ipswich and then it finishes in London on the 4th July.

And will it continue after that?

Anna: This is just the development stage. We’re only doing five shows to ask the audience what they think and where can we strengthen it. 2023 is the nationwide tour!

What are you most excited about or most enjoying with this particular piece of work?

Anna: I’ve challenged myself to the bone! This show is bigger than me, that’s how it feels. The name I’m carrying has to be done properly. There has to be justice in the way we deliver. Sometime we laugh in rehearsals and sometimes the director says you have to work today! Ok! No messing about. So really this play is about challenging myself as an artist and proving things to myself that I didn’t think were possible. Bringing women onto the production, and this is the most women we’ve ever had. And women of Jamaican and women of colour and black descent, to just say, right let’s champion this together. I’ve never done that before and I’m glad that all the steps are going in the right direction.

Tonia: I think what I’m really excited about the power of sisterhood and how the creative spaces are becoming safer for us to be able to enjoy. It’s been a long time when, as women in general, when spaces are not safe. And I mean that in the most respect, so I’m happy we can create that for ourselves.

Anna: Every time we rehearse I discover little moments, I’m really starting to gel with me and the story of Miriam Makeba. And the more I relax, the more I’m just loving being on stage, and how often do you have a director who dances in rehearsals!? The whole atmosphere is so relaxed and supportive and that reflects me as an artist on stage. The stage is where I am meant to be. Absolutely!

Tonia: I am excited to go to South Africa. We are live-streaming to the Miriam Makeba foundation which I am really excited for!

Right so work aside, what do you like to do in Norfolk on a day off?

Anna: I have to say Wells Next to Sea is my favourite place, I just go there and I’m lost. I don’t know if I’m in England or Zimbabwe, it’s just this beautiful beach and with pine trees and it just opens for miles. Even on a cold day it doesn’t both me. Norwich Market is also one of my favourite places to just walk up and down.

What’s your favourite place to eat in Norwich?

Anna: It almost sounds cheesy but I like Nandos!

Tonia: Sahara has been really great for us all the way through rehearsals. They’ve really looked after us.

Anna: There’s starting to be little café vendors at Norwich market and we’ve got Spanish we’ve got Morrocon, we’ve got African food we’ve got Jamaican and it’s all blending in with the culture of Norwich. But year, Nandos, I think! *laughs*

What’s the best thing about living in Norwich / Norfolk?

Anna: Um I’ve always felt like there is acceptance here and that shows through with how refugees are welcome in this county. Culturally there is a history of welcoming people in Norfolk. And living alone is quite a good thing, I can just walk in the street and it’s fine. I used to think it was just from my work but there’s people that are coming to Norfolk and they say, yeah, it is a really nice welcoming place.