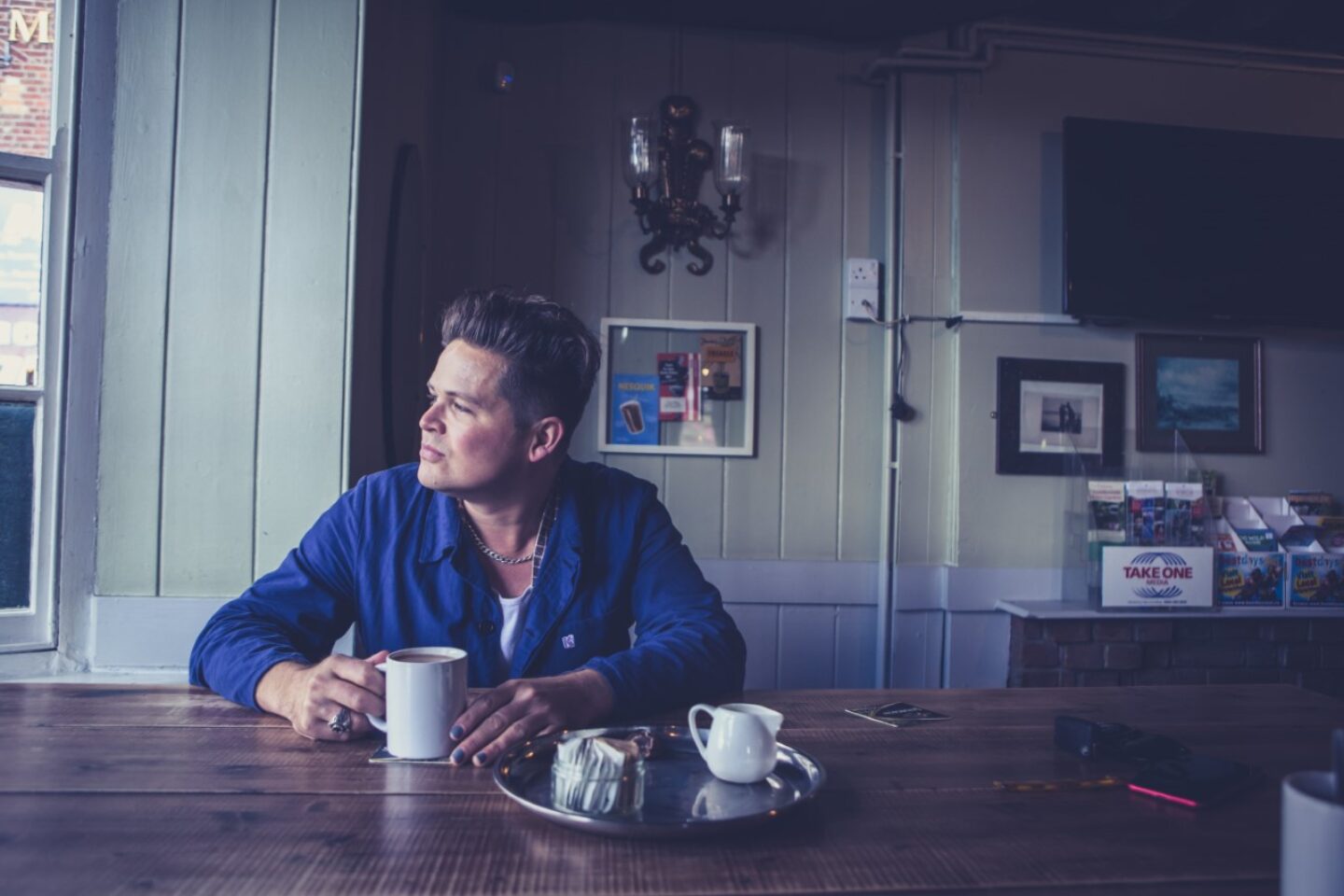 NAC supported artist Luke Wright is heading to Edinburgh Fringe this August at the Pleasance Courtyard with his show The Remains of Logan Dankworth.

“Norwich Arts Centre was critical in developing this show. Not only did they throw their doors open to us for three weeks but Pasco-Q Kevlin put together a consortium of other arts organisations (National Centre for Writing, Freedom Festival, Colchester Arts Centre) to provide a decent commission fee.” Luke Wright

Hi Luke! Tell us what your new show is all about…

I’m doing two show at The Fringe. The Remains of Logan Dankworth is a one man verse play about Brexit, and the slow disintegration of marriage. It was contemporary when I wrote (before COVID) it but now it feels like a historical piece, like my other two plays. It’s more poignant for that. With a bit of clear air between us and the political events I’m talking about the play works better, it’s like we’re ready to make sense of it. Contemporary politics is infuriating and tawdry, but the politics of the past can feel profound and tell us something about the state we’re in today. It’s a pretty heartbreaking show. It might well break me!

Why did you choose this subject?

I wanted to write about the divisions Brexit exposed and exacerbated because I think that polarisation is the major political story of our time. I think we are better equipped to understand the personal more than the political and I thought that discussing the breakdown of trust through the lens of a broken relationship.

I’m also doing a late night poetry show called Luke Wright’s Late Night Dance Floor Fillers (Poems). This is the VERY best 55 minutes of poetry I can do. Like, my absolute best of show. I’m pleased to say that most of it will be NEW to Fringe goers (cos I’m getting better innit), but I do have a poem from 2018 in there and a redux of my Essex Lion poem, which is the one people most request. It’ll be mostly upbeat, funny stuff with a few little tear-jerkers chucked in for good measure.

How did you get the project up and running / what support did you have?

This is the play that was interrupted by COVID. I forgot all about it and made new work then I had to perform it for Latitude last year and it just felt so great to say those words again.

I worked with a great team: director Alex Thorpe, dramaturg Sarah Dickenson, composer Polly Wright, and lighting designer Joe Price. It started with Sarah and I meeting in a Wetherspoons in Croydon (half way between our two houses) and talking about politics and relationships, thrashing out hours and hours ideas.

Alex was brilliant at editing the script, we cut over 2.5k words out of the first finished draft. It’s bare bones.

Norwich Arts Centre was critical in developing this show. Not only did they throw their doors open to us for three weeks but Pasco-Q Kevlin put together a consortium of other arts organisations (National Centre for Writing, Freedom Festival, Colchester Arts Centre) to provide a decent commission fee.

What is your connection to NAC?

I performed my first ever show here aged 17 in 1999 and I’ve been back countless times. I’ve sat on the board for 6 years now as well.

How is the planning / rehearsals going in the lead up to Ed Fringe?

The show is well, well oiled. I’ve not done a new round of rehearsals with the director, just belted the script out at home. This show courses through my veins.

What are your top 3 ‘must have’ items you’ll be packing for the trip?

My little coffee grinder and drip set-up; a stack of Primark white vests (all I wear these days); swimming stuff (I swim everyday)

What are you most looking forward to at Edinburgh Fringe?

Being alone. I’m staying miles away from the buzz of the festival. I want to sink into my own little world and work.

What is your top tip for artists heading to Edinburgh Fringe?

Take care of yourself physically and mentally..

What shows are you hoping to catch while you’re there?

What’s next (after Ed Fringe)?

What will you most look forward to doing on your day off when you get back to Norwich?

Being in my wife’s arms again!

Best thing about living in Suffolk?

I live just over the border in Suffolk, but the best thing is out beautiful east coast! 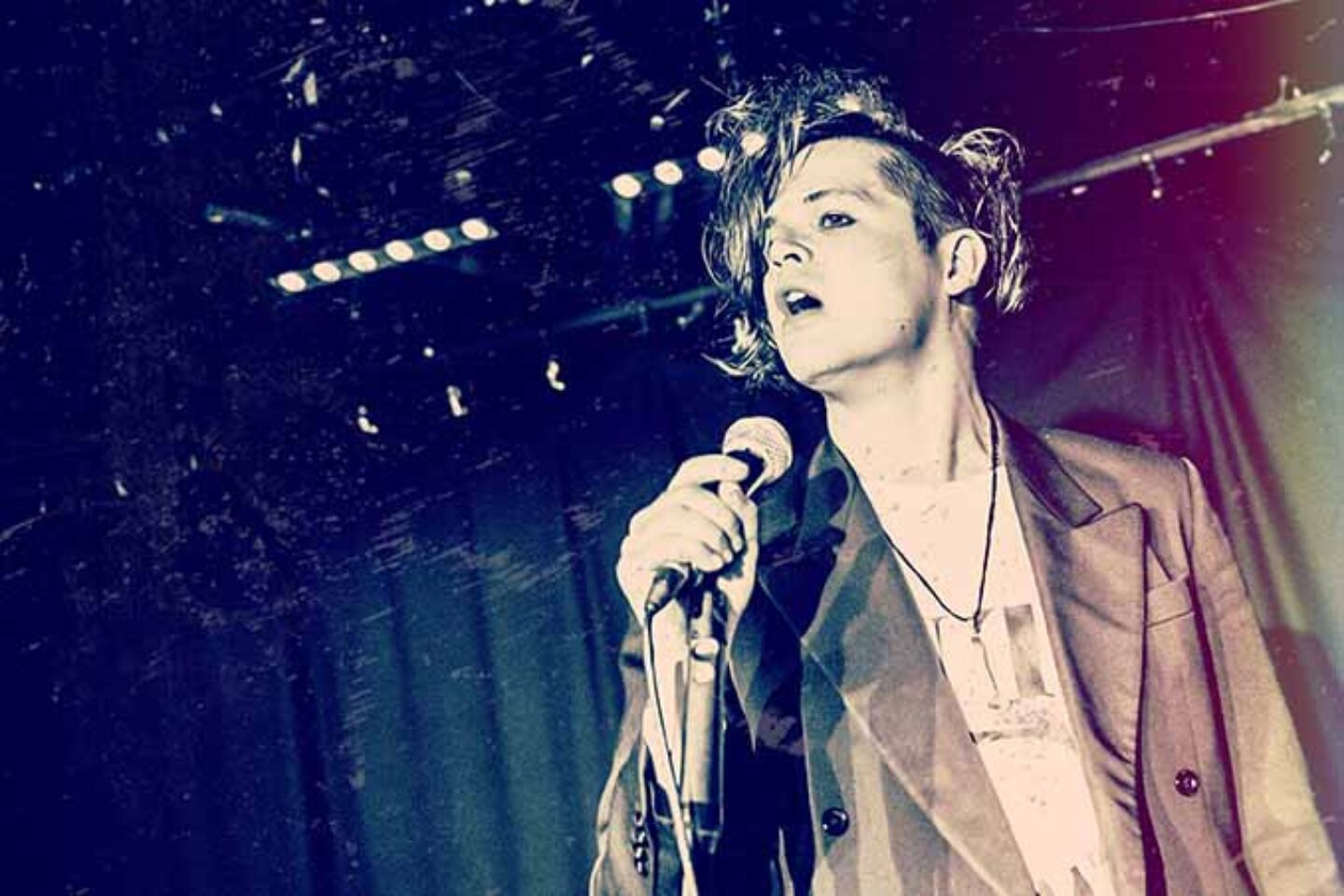 Where did you grow up, and where do you live now?

Who is your biggest influence and why?

My friend Ross Sutherland was the first person who showed me that I could write poems as a teenager. I owe it all to him!

What makes your work stand out from other creatives?

Fuck knows. That’s for others to say.

What is your biggest weakness as a creative artist?

What makes you happy?

What makes you sad?

What film, TV show, book or podcast have you recently enjoyed?

I like The Rest is Politics podcast with Rory Stewart and Alistair Campbell, where I can embrace my inner centrist dad.

If you could only own one musical album, what would it be?

At Least For Now by Benjamin Clementine or Banana Blush by John Betjeman and Jim Parker.

What would your super power be?

To talk my enemies to death.

What you’d be doing if you weren’t a poet / writer?