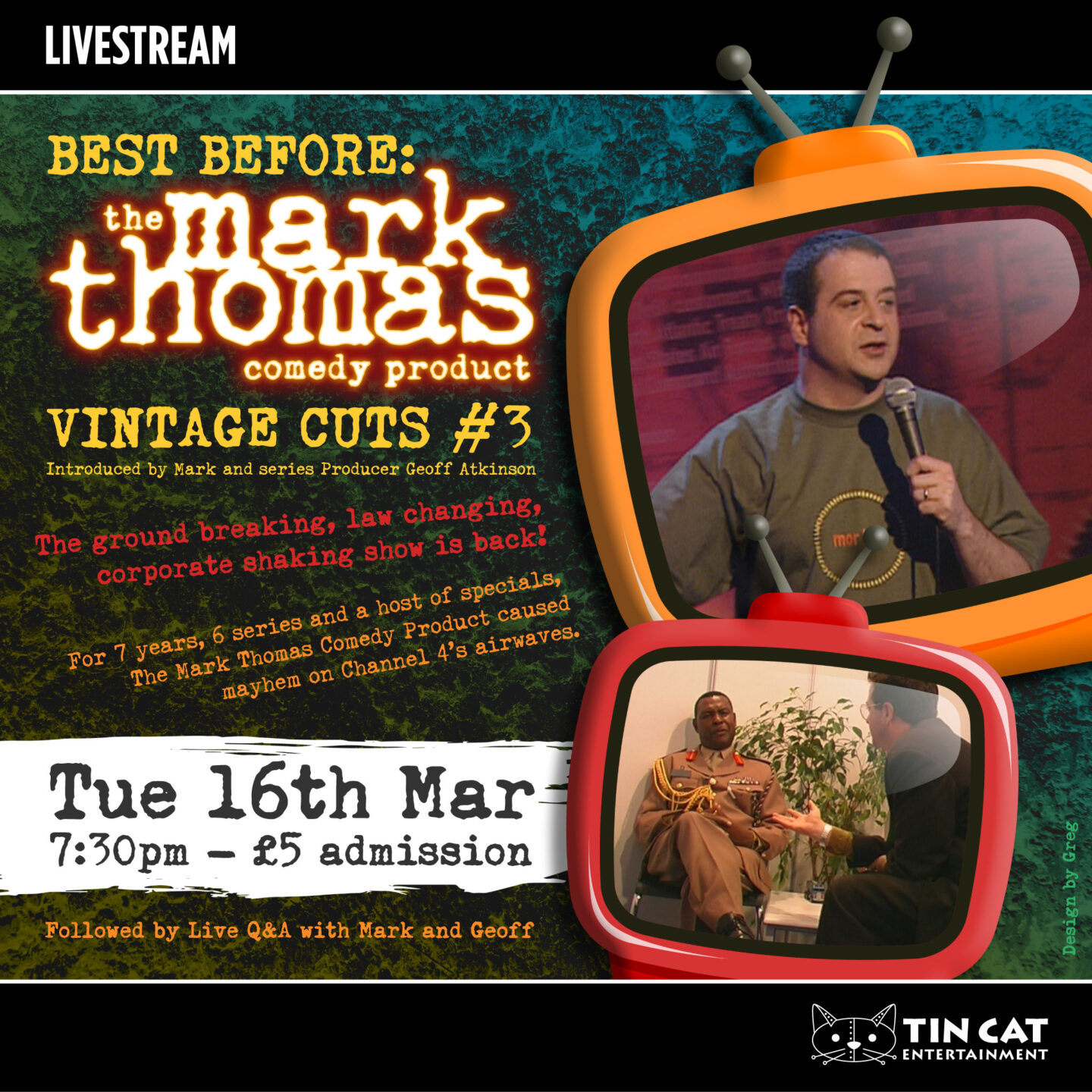 Mark says “Yes my loves, this is the third show of the best bits, stories, facts, updates and behind the scenes gossip from the ground breaking Mark Thomas Comedy Product!”

In this show, series producer and friend Geoff Atkinson joins Mark to go through flying hot air balloons over US listening bases, posing as a PR firm at an international arms fair, forming the Peoples Militia to protect nuclear waste, chasing Tory party leaders and getting Home Secretaries.

Before The Revolution Will Be Televised or Dom Joly or any of the prank shows Balls of Steel, Phone Jacker, Lee Nelson and Joe Lycett’s Got Your Back, the Mark Thomas Comedy Product was out there and the original.

This is the series that Amnesty International mentioned in dispatches at their media awards ceremony, and had tabloids screaming that it was irresponsible.

How could you miss that combination!