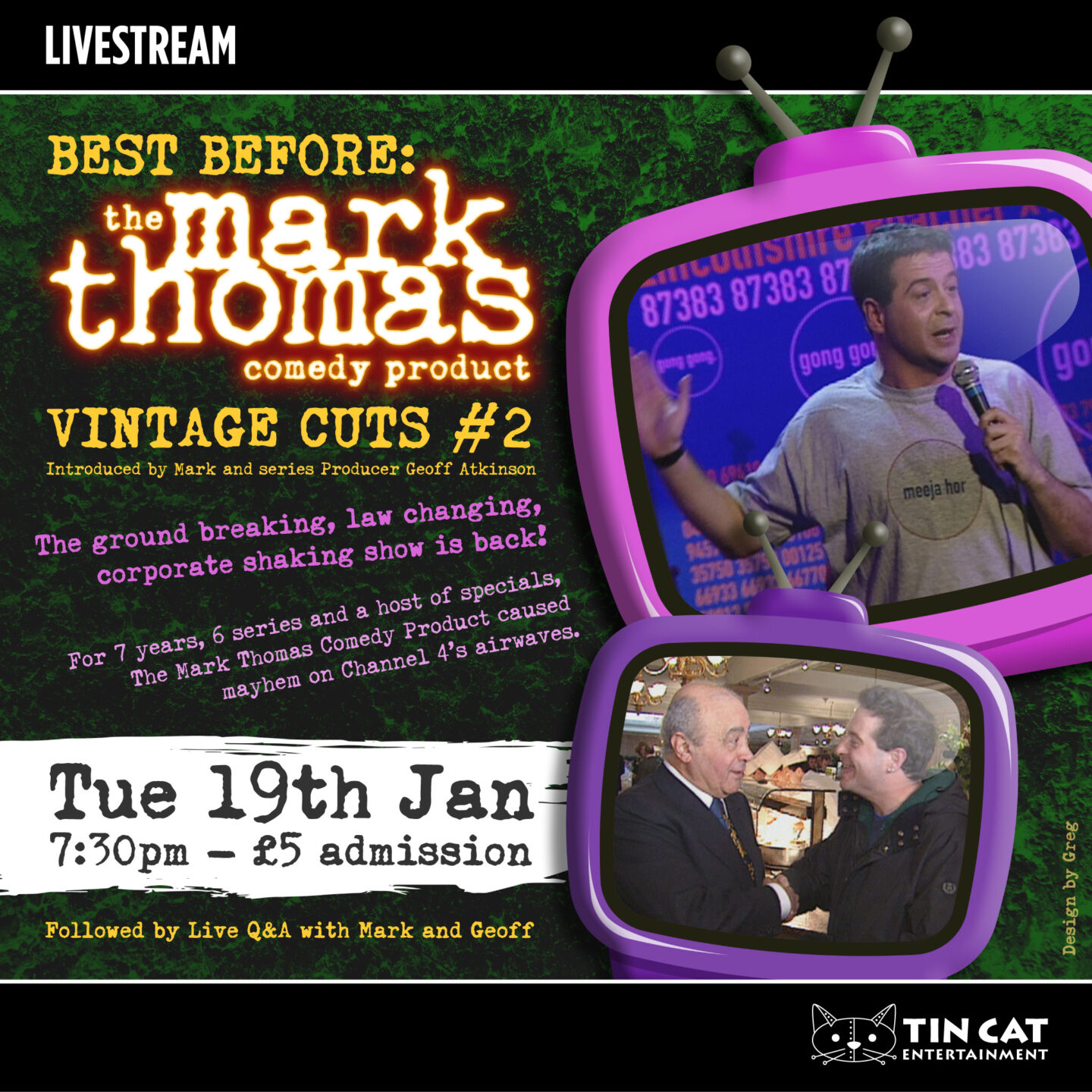 The Mark Thomas Comedy Product rocked the 90’s TV world. Challenging corporations, upending politicians and their failures. The show quite literally exposed corruption and stopped arms deals! Small wonder it has never been repeated on Channel 4.

The show’s producer Geoff Atkinson and Mark Thomas introduce their favourite stories and clips from the second series of the cult show. This time Mark changes the law on tax relief and inherited wealth! Reveals British Nuclear Fuel radioactive pigeons and causes a clean-up! And catches the Home Secretary hiding behind the war on drugs.

Guests will be joining Geoff and Mark, who will be launching a new cunning plan and asking the audience to join in.