An evening of pure escape with stories, jokes and poems from writer, poet and TV and film
producer Henry Normal. Featuring all your favourite poems from his BBC Radio 4 series and his
seven poetry collections.

“Not heard anything that jumps from hilarious to moving in such an intelligent, subtle way as
Henry Normal’s show” – Radio Times

“the Alan Bennett of poetry” – The Scotsman

“Dovetails bittersweet poetry with a sublimely observant wit” – The Guardian

In June 2017 he was honoured with a special BAFTA for services to Television. He co-created and co-wrote the first series of The Royle Family. He also co-wrote the Mrs Merton Show, Paul and Pauline Calf Video Diaries, Coogan’s Run, Tony Ferrino, Doctor Terrible and the film The Parole Officer.

Setting up Baby Cow Productions Ltd in 1999 Henry Executive Produced all, and script edited many of the shows of its seventeen and a half year output during his tenure as MD.

Since retiring from TV in April 2016 Henry has written and performed six BBC Radio 4 shows combining comedy, poetry and stories about bringing up his autistic son. 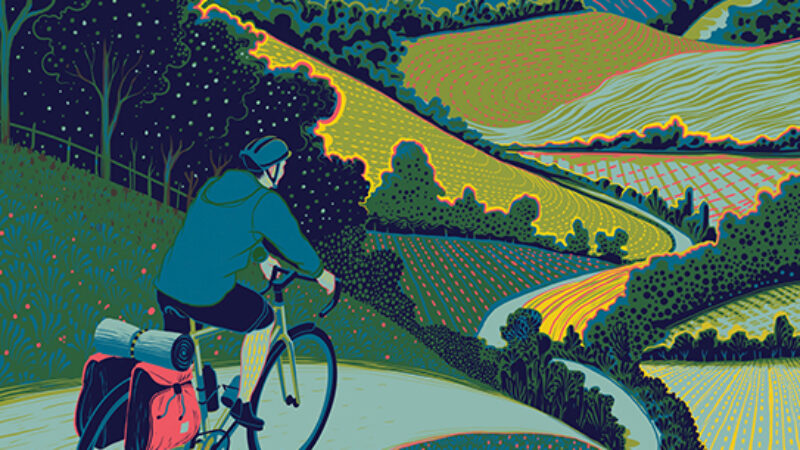 A night of adventure: Cycling 3,500 miles around pandemic Britain